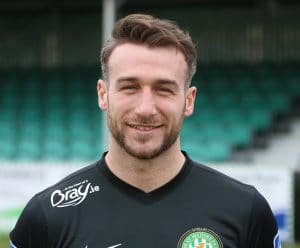 Sean spent six years with Crumlin United before joining UCD. He was a member of the club’s A Championship side that won the 2008. Sean soon established himself in the senior side at Belfield and was part of the team that won the 2009 First Division title. In January 2012 Sean announced that he was leaving UCD and emigrating to Australia. He joined Limerick FC for their 2015 Premier Division campaign. Sean joined Bray Wanderers originally in February 2015. He had a spell with Crumlin United from 2016 – 2018. He re-joined Bray Wanderers in June 2018.