Season tickets for the 2017 season are priced at:

Season tickets can be pre-ordered on the following link https://braywanderersfc.ie/tickets-info/ . All pre-ordered tickets will be available for collection generic to synthroid from the Carlisle Grounds from 10am on Saturday 10th December. From the same time and date you will also be able to purchase season tickets directly from the Carlisle Grounds.

Our 2017 children’s season ticket also includes membership of Rocky J’s Young Gulls Club and a home or away jersey. Rocky J will be running lots of activities of our young supporters over the 2017 season, ranging from Easter Egg hunts to Summer camps for all of our young supporters. Rocky J will also be at the Bray Christmas lights switch on at the Mermaid Centre on Bray main street today which takes place at 5pm. Be sure to drop down and meet Rocky J 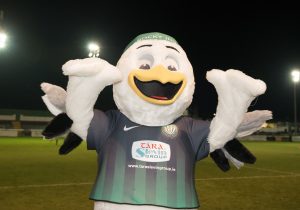