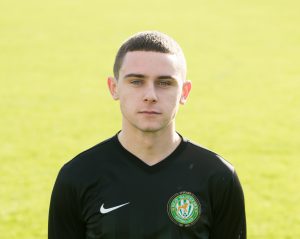 Shane played underage football with St Joseph’s Boys before joining Bray Wanderers’ U17 squad for the 2015 short season. In January 2016, he joined Cabinteely FC. Shane made his competitive debut for Cabinteely in a Leinster Senior Cup tie against Bluebell United and his league debut came a few weeks later against Waterford United on 26 March 2016. He made 4 league appearances for Cabinteely in 2016 before joining Bray Wanderers U19 side in August 2016.

He spent the 2017 season with Bray’s under 19s and made his first team debut in a friendly against Waterford FC in September 2017.