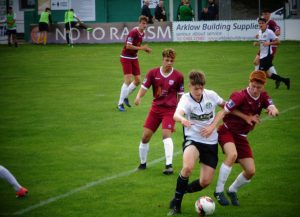 The SJ.B Academy under 17s finished off their league campaign with a second successive victory.

Galway had a goal ruled out for offside in the 12th minute. Daniel Madaghjian had the first shot on goal for the home side after 20 minutes, cutting in from the right and firing just over. Madaghjian then set up Glen Hollywood who fired over from outside the area on 28 minutes. 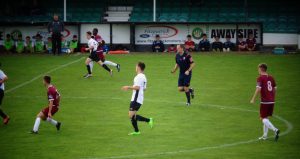 Jake Byrne then saw his shot deflected away for a corner. Evan Dunne’s resulting corner was headed just wide by Hollywood.

The home side took the lead on 38 minutes. Eoin Darcy pulled the ball back from the end line to Cian Maher who fired home from close range. Galway responded with a long range shot from Cathal Coyne which was straight at Nevin. The home side almost doubled their lead on the stroke of half time. A good move involving Madaghjian, Dunne and Kelly resulted in a great save by Greaney from Kelly’s shot. 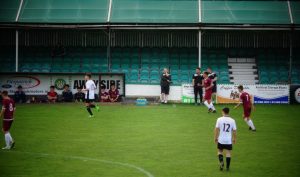 The visitors started the second half well. Ryan headed over from a corner on 49 minutes and two minutes later, Lomboto broke free down the left and his cross was headed wide by Halloran. The home side doubled their lead when Daniel Madaghjian scored from inside the box on 54 minutes. On 63 minutes, Jake Ellis ran clear down the right and his cross was deflected off the crossbar by a Galway defender.

Galway were reduced to ten men when Ronan Asgari received a second yellow card for a strong tackle on Hennessy. The defender was carried off the pitch and unable to continue. 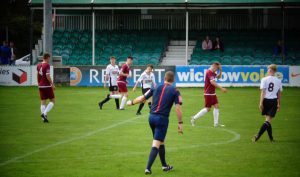 Any hope of a comeback was ended on 77 minutes when Conor Dowling scored the fourth for the home side.

The under 17s finished in seventh place in the Southern Elite division. 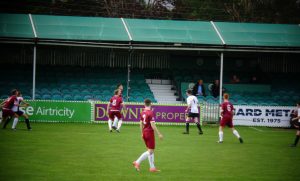 Big win for SJ.B under 15sWanderers hit Derry for 5