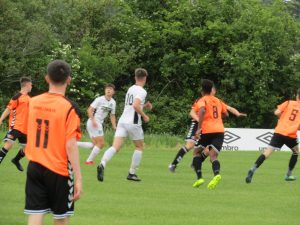 The SJ.B under 17s advanced to the second round of the Mark Farren cup with victory over Bohemians u17s in a very competitive game.

The visitors went close on 12 minutes when Dawson Devoy forced Enda Minogue into a save from a free kick. Minogue saved again on 22 minutes, this time from Moylan. The home side took the lead on 27 minutes. Aaron Rice crossed from the right and Precious Omochere headed past Cleary. Bohemians equalised on 41 minutes. After the home side lost possession, Liam McGrath was played in and he slotted low past Minogue.

The visitors spurned a great chance to take the lead on 72 minutes. Moylan’s free kick on the right was spilled by Minogue and McGrath put the loose ball over the top of the crossbar. Jake Ellis broke free down the right on 74 minutes and was brought down inside the area. Daniel Madaghjian duly converted the resultant spot kick. 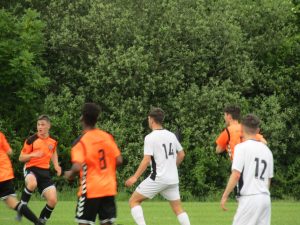 Ellis broke clear again three minutes later, but Cleary was out quick to smother the shot. Bohemians had another chance on 79 minutes when Jack Cleary’s free kick on the right came back off the post. Substitute Nikolay Borowiec almost added a third for the home side a minute after his introduction. He broke free on the left and from a tight angle could only find the side netting. 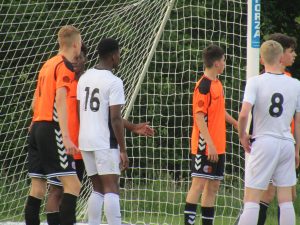 Ronan Coughlan is Player of the month for MaySJ.B Academy week-end round up 27.05.2018