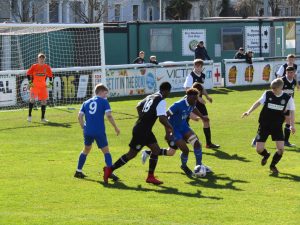 Glen Hollywood forced Kirwan into tipping over his goal bound effort on 14 minutes. Steven Sweeney went close three minutes later, heading just over from a corner. On the half hour, Eoin Darcy ran through the Waterford defence but shot just wide.

Waterford took the lead three minutes into the second half. After a move down the right, the ball was switched to Brennan on the left and he fired past Minogue. Minogue was called into action saving from Phelan on 64 minutes and then saving brilliantly to deny Nzongong four minutes later.

Glen Hollywood saw his effort hit the post on 72 minutes. The home side should have equalised on 78 minutes. Aaron Rice’s shot came back off the crossbar and Eoin Darcy fired the rebound over the bar. 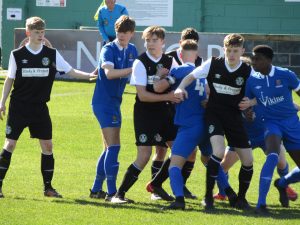 A free kick on the left by Conor Dowling saw Darcy head over from a free header in the 83rd minute. In the final minute, Dowling’s shot came back off the post as Waterford defended well to earn the three points. 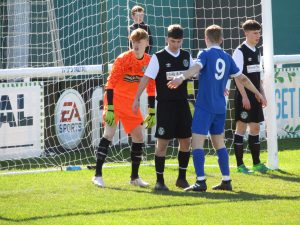