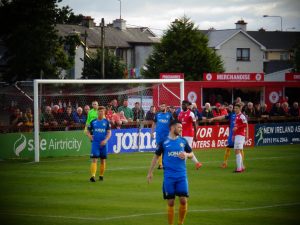 Peter Cherrie returned in goal for Wanderers after missing the FAI cup defeat to Cork last Saturday through injury. Keith Buckley, Anto Flood and Derek Foran all missed out through injury while under 19 players Jamie Aherne, Calvin Rogers and Luke Rossiter all took places on the bench.

Sligo started the better and had Wanderers under early pressure but the defence held firm. Sharkey headed over from a corner on eight minutes and Russell then shot straight at Cherrie on 20 minutes. 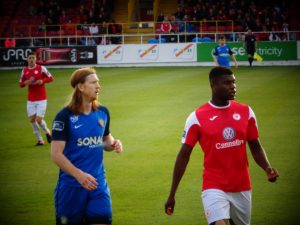 Bray then came into the game and Sharkey’s clearance came off Brennan and hit the outside of the Sligo post. Gary McCabe hit a free kick straight at Schlingermann on 39 minutes.

Tempers flared just before the break following a hard tackle by Karl Moore, Moore and Salmon were booked for Bray as was Rhys McCabe of Sligo following the incident.

Bray had the better of the second half and the lively Gary McCabe fired straight at Schlingermann following a good Bray move down the left on 70 minutes. Schlingermann produced a great save on 80 minutes diving to his left to turn a Gary McCabe shot around the post. 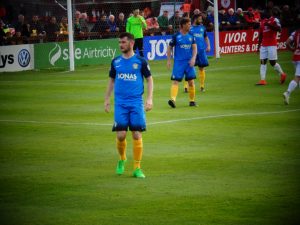 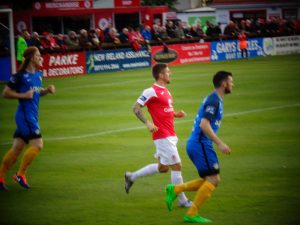