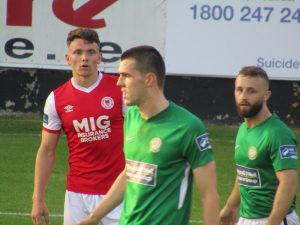 Wanderers suffered their 14th consecutive away league defeat with this latest league defeat in Richmond Park. Paul O’Conor and Calvin Rogers both missed out through injury while there was a first team debut for Alex Rafferty late on.

The sides were evenly match in the opening stages. Evan Moran made a great save to deny Michael Leahy in the 25th minute, tipping the ball over the crossbar. The home side broke the deadlock on 31 minutes when ex-Wanderer Ryan Brennan scored from outside the box after the ball had broken to him.

Wanderers responded well in the closing stages of the half and were unlucky to see Jake Kelly’s header crash off the crossbar. 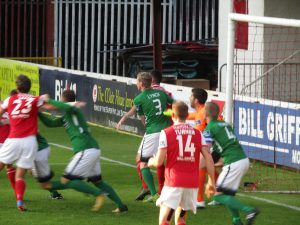 On 55 minutes the Saints doubled their lead when Ian Turner swept home from a Conan Byrne cross.

Bray then lost Gary McCabe to a red card after his second yellow card in the 65th minute. Three minutes from time, another ex-Wanderer Graham Kelly headed home from a Byrne cross.

Late on, Alex Rafferty became the fifth SJ.B Academy player to make their debuts for the Bray Wanderers first team this season when he was introduced as a substitute. 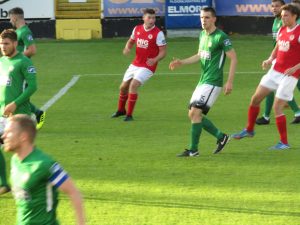