Bray Wanderers FC are pleased to announce that goalkeeper Lee Steacy has resigned with the club for the 2017 season.

Steacy  signed for the club from Bohemian FC during the summer transfer window last season. Lee quickly settled in at the club and has become both a popular and valuable generic synthroid itching member of the squad while also striking an excellent relationship with fellow goalkeeper Peter Cherrie. 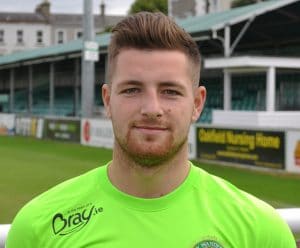