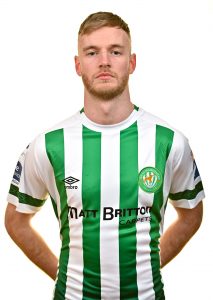 In December 2020, Steven signed for Bray Wanderers for the 2021 season.