After the mid-season break, the Seagulls edged out Drogheda for the third time in 2022.

Having taken a deserved 1-0 first half lead, Wanderers spurned a series of chances before United got back into the contest with a second half equaliser.

Just when it seemed the Group B spoils would be shared on Saturday afternoon at Ballycorus, substitute Dylan Ryan delivered a pinpoint corner into the six-yard area. Central defender Zach Nolan rose to plant a header to the far-left corner of the net to secure victory.

When the two teams previously met in Group C of Tier 1 action this season, Bray won 3-1 back in March at Berryfield Park in Enniskerry. Then recorded a 2-0 away success at Head in the Game Park last May.

Having narrowly just failed to qualify for the elite phase of the U17 EA Sports National Underage League, the Green and White’s put last month’s disappointment behind them by dominating the opening period.

The breaking Matthew Rose-Anderson off the right-wing created the 25th minute chance for Conor O’Gorman inside the box. But the winger saw his drive brilliantly saved by the Louth teams’ custodian.

Three minute later, O’Gorman beat the offside. Then poked low past Wogan. But agonisingly saw his effort roll past the unguarded goal.

The relentless pressure finally paid off on the half hour. O’Gorman embarked on a mazy run off the right wing. He got to the ‘D to try and link with Chukwu. The ball ricocheted to Murray who reacted to dink over Wogan from 14-yards.

Wanderers went close to doubling that lead in the 39th minute. Irish U16 cap Luke Nolan linked with Chukwu near the left corner to loft in a cross. Wogan punched to clear. The ball fell to Joshua Kerr 25-yards out. He side-stepped a tackle before curling inches wide of the far upright.

Kerr almost turned provider six minutes after the restart. He evaded two challenges off the right to send in a cross to the six-yard area. But the ball evaded both Murray and Chukwu.

Having been on the back foot, the Louth club equalised on 56. Played in along the right channel by Ryan Graham, Dylan O’Boyle angled a shot from the corner of the box to the far side of the net.

The Boynesiders then nearly hit the front on 58. Cian Cleary broke forward down the left flank and crossed. But Adam Cadwell’s placed effort came back off the post.

Elsewhere in the section, Shelburne defeated Dundalk 3-0 in the other Group B tie on Saturday evening at Oriel Park.

Bray are away to Shelbourne on Saturday June 25 next. Kick-off at the AUL Complex is at 3.00pm. 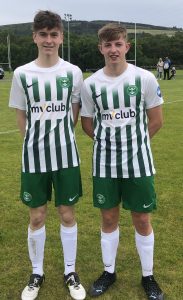 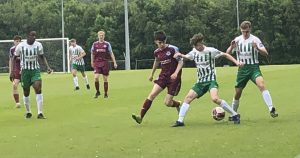 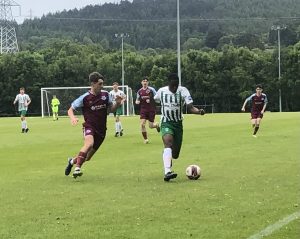 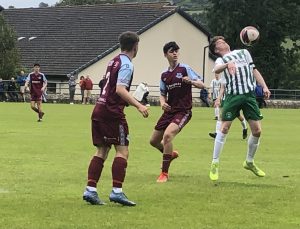 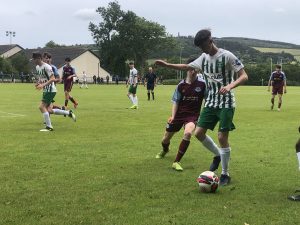 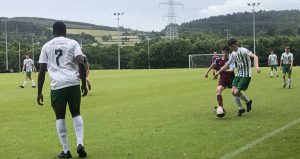