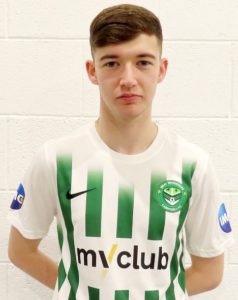 A battling display saw Bray secure a well-earned point on Sunday afternoon in Group C of the U19 EA SPORTS National League of Ireland Cup.
Just last month in Group A of the EA Sports National Underage League, Waterford had defeated the Seagulls by a 7-2 score-line.
But it was a different story this time round at the same venue of the WIT Arena.
Having begun the competition last week with a home 1-1 draw with Cork City at Ballycorus, the only change to the starting line-up saw U17 goalkeeper Samuel Safaei promoted to the older age group for the first time.
He performed well between the posts and made a number of crucial stops and interventions throughout the tie.
The visitors started brightly and dominated possession in the opening period. But could make any of their chances count as the sides went in score-less at the interval.
The Blue’s took a 53td minute lead when Owen Oseni found the bottom corner of the net with a low drive.
But Bray deservedly drew level on the hour mark. In a fine passing team move, Cillian Melwani’ cross-shot came off the hand of a home player.
That saw Seán McLean slot the spot-kick into the bottom hand corner of the net.
Wanderers pressed for the winner with Zach Donoghue just failing to get on the end of Melwani centre. Then with Melwani the provider again, Josh McGlone controlled but fired over the crossbar.
Late on, substitute Evan Harte was played in by fellow reserve Jack Kehoe. The striker got in behind but saw his effort saved by the Waterford netminder.
Elsewhere in the section on Sunday, St. Patrick’s Athletic defeated Cork City 2-1 at Bishopstown Stadium.
Bray are on the road again next Sunday (May 22) by taking on St. Patrick’s Athletic at Blanchardstown IT with a 2.00pm kick-off in their final match in the Group stages of the competition.