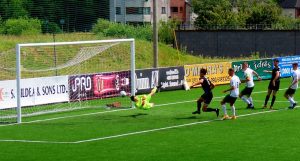 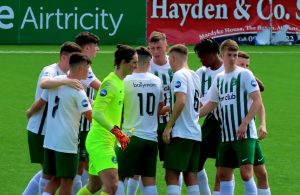 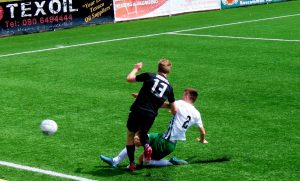 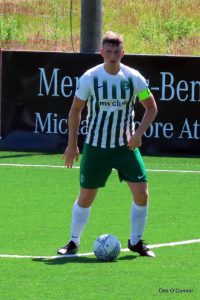 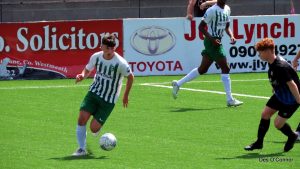 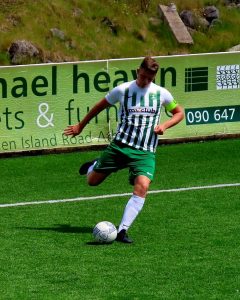 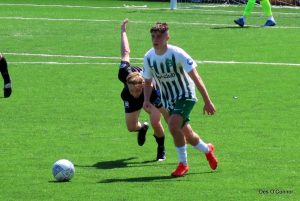 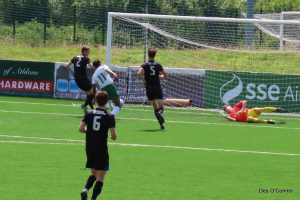 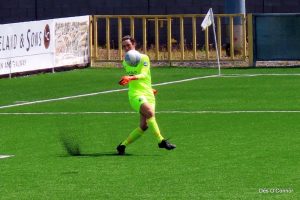 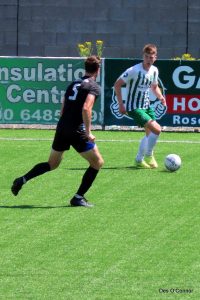 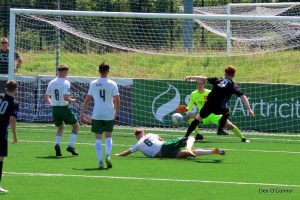 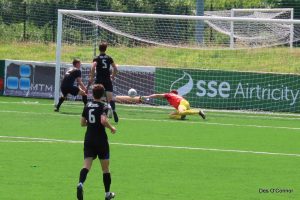 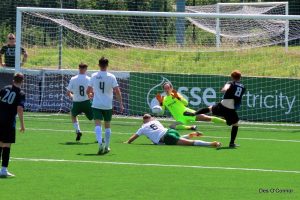 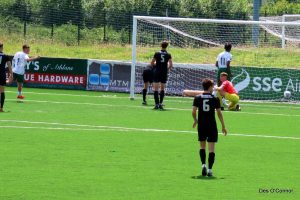 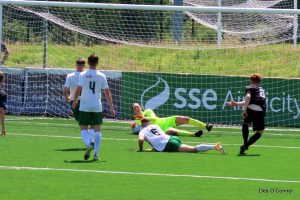 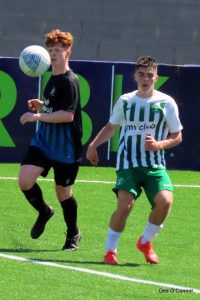 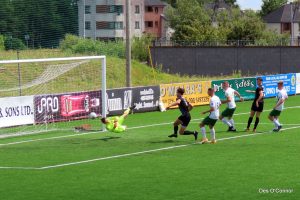 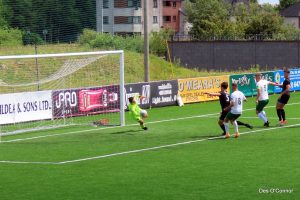 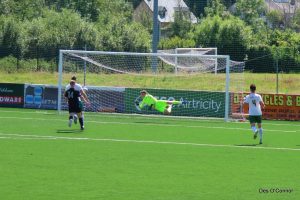 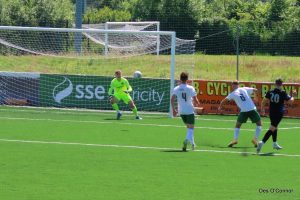 For the second time in ten days, Bray slumped to an U19 EA Sports National Underage League Phase 2 Tier 2 loss at the hands of Athlone.
Wanderers led 1-0 last Sunday at half time at Lissywollen. But were pegged back to a 1-1 midway through the second period before the Midlander netted two late goals to do a double over the Seasiders.
The Wicklow side started well with the front pairing of Josh McGlone and Evan Harte looking dangerous. But away goalkeeper Ben Clark was required to pull off a few impressive save to keep the ‘Town at bay.
Wanderers had a goal harshly riled out for offside as Sam Hayden latched onto a Jamie Callaghan ball over the top. His effort was saved by Mark Smith. Harte followed up to bury the rebound. But the score was chalked off by a late flag by an Assistant referee.
The woodwork and a bit of luck denied Wanderers soon after. Sam Hayden met a right-wing cross with a super header. The ball hit the underside of the crossbar, bounced down on the goal-line and came back out.
But Bray did forge a 31st minute lead.
A ball down the right channel found McGlone. His shot was well saved by Smith. But Ugo Anny Nzekwue reacted to convert the follow up close in.
But under the high heat conditions which saw the match officials allow water breaks, it was a different story in the second half.
Athlone made it 1-1 on 65 minutes through Dotun Mabinuori from long range.
They then went in front in the 85th minute when substitute Destiny Asemota broke in behind to score at the near post.
Despite the result, yet another positive was the second period debut at this level of U15 goalkeeper Joe Collins.
He was forced to make a fine 88th minute save. But Youri Habing slotted in the rebound.

* Bray face the long trip to the Ryan McBride Brandywell Stadium on Sunday July 17 next to face Derry City. Kick-off is at 2.00pm.