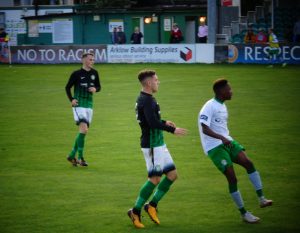 The under 19s were defeated 2-0 at home to Cabinteely last Saturday at the Carlisle Grounds. Cabinteely took the lead on 16 minutes. Former Bray under 19 player Avis Ganiyu broke down the left and crossed to Paul Fox who scored from close range. Fox scored Cabinteely’s second on 54 minutes. Bray’s best chance of the game came in the final minute when Luke Rossiter’s shot was brilliantly turned around the post by Cabinteely’s keeper Sean Hyland. 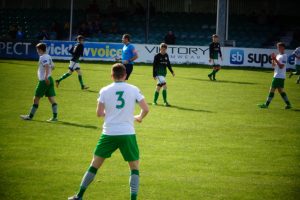 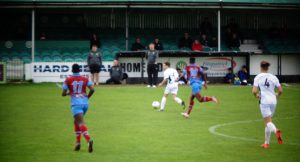 The SJ.B Academy under 17s defeated Drogheda United 4-0 in the Shield last Sunday at the Carlisle Grounds. Cian Walsh ran down the left wing and crossed for Jake Ellis to open the scoring on the half hour. Ellis scored the second two minutes before the break, after running through and scoring at the second attempt as the keeper saved his first shot. Drogheda keeper Daniel Grace miscontrolled a back pass on 77 minutes and Eoin Darcy pounced on the loose ball to score. Darcy headed home the fourth from a free kick four minutes from time. 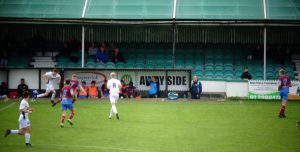 The SJ.B Academy under 15s drew 1-1 at home to UCD last Saturday at the Academy Grounds in Carrickmines. Goal scorer was Cian Kelly. The under 15s are top of Group 2 of Section 2 ahead of Athlone Town on goal difference.

The under 15s are away to Galway United in Eamon Deacy Park on Saturday 7th October. Kick off is 2.00pm.