The under 19s completed a disappointing league season with a heavy defeat away to Galway while the Under 17 and under 15 SJ.B Academy teams recorded wins this week-end.

The under 19s completed their league campaign with this defeat away to Galway FC. Scorers for Galway were Michael Lynch (4 min), Declan Sharkey (27m, 43m & 68m) and Matthew Barrett (30m).

The under 19s will now compete in the Shield competition beginning next week-end.

The SJ.B Academy under 17s leapfrogged Kerry in the league table moving up to 7th place with this win in Tralee. Jake Byrne opened the scoring on 22 mins for the visitors. Substitutes Byron O’Gorman (70m) and Glen Hollywood (84m) completed the scoring in the second half.

The under 17s complete their league campaign next Sunday, 24th September, at home to Galway FC. Kick off at the Carlisle Grounds is 2.00pm 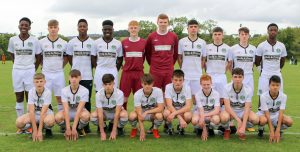 The SJ.B Academy under 15s went top of group 2 with their third successive league win in this game. The home side were two up within twelve minutes with goals from Toby Jones and Alan Leonard. Jamie Farrell pulled a goal back for the visitors in the second half but the home side held out to claim the three points. 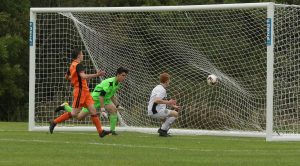 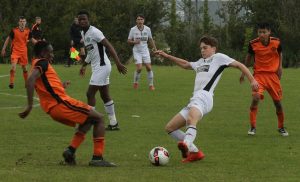