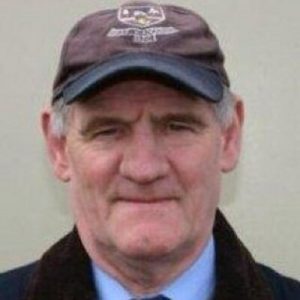 Ahead of the kick off to the 2021 season, Lifelong Bray Wanderers fan and club match commentator Vincent Kirwan selects his Bray Wanderers dream team.

This is my dream team – not necessarily the best Bray Wanderers 11 ever but the team I would love to see lining out.

I would like to see a 4-4-2 formation as that’s the style I like best. Some younger fans might not have heard of some of the players but I can guarantee them they were all playing for the club and were loyal to the core.

Nine of these players have won the club’s Player of the Season award. Tresson won it an incredible five times while Fox and Judge failed to collect the prize during their careers.

The one who stands out for the role of captain is Mick Doohan for his presence on the pitch and for his leadership qualities. Mick led us to the 1999 FAI Cup final win.

For me, there can be nobody else to manage these guys but Pat Devlin who brought so much glory to our club as manager. Nobody can doubt his management qualities and he is still at it.

Why have I chosen these 11:

Josh Moran: Well mainly because he is a friend of mine and he’d be upset if I left him out. Seriously, Josh was a top class ‘keeper and of course he was the netminder for the 1990 FAI Cup final win and was very reliable and bossed the defence in front of him.

Hughie Douglas: Always liked watching Hughie who never failed to give 110% and in latter years was the go-to man if we were losing late on and needed a goal. More times than not; he obliged.

Wes Charles: When Wes signed from Sligo, he lit up the whole club and created a special atmosphere around the place. Was always very solid at the back and never let the side down. However, it did take him a long time to get the first of his six goals for the club in his 147 appearances.

Anthony ‘Bo’ McKeever: I think he was always the first name on Pat Devlin’s team-sheet each week. Why you might ask? Well, if you were in trouble in the trenches, ‘Bo’ is the type of guy you would call on for help but actually you wouldn’t have to call him; he would see the danger probably before you and he would be there before you realised it.

Mick Doohan: You couldn’t have a better leader and a more solid defender and someone who was so handy to have for set-pieces up around the opposition penalty area from where he scored most of his 34 goals in 343 appearances.

Stephen Fox: To me. He was an unsung hero who was dedicated to his job on the pitch and never looked for the glory. He just got on with his job and never looked to blame somebody else when things went wrong. He scored 42 goals from midfield in 297 appearances for the club.

Eddie Gormley: He was the anchor in Bray’s midfield for so long – he played 151 times for the club and was always a pleasure to watch. He was probably the most skilful player to wear the Green and White stripes. Eddie of course went on to manage the club for a period.

Colm Tresson: Surely the best reader of a game, he was always available to help out his defence as well as creating chances for his forwards. When Colm was fit, he was always going to be on the team sheet and it’s easy to see how he racked up 441 appearances for the Seagulls.

Dermot Judge: He is not in my team just because he was captain of our 1990 FAI Cup winning side but because of the skill he had and the engine inside him that made it possible for him to be going as strong at the end of 90 minutes as he was in the first minute. He also had great leadership qualities that stood him apart from others on the field.

Jason Byrne: What can I say about Jason that hasn’t been said already? Every team needs a goalscorer and with Jason in your side, you were assured of goals and his record of 95 goals sees him as the club’s leading goalscorer.

Kieran ‘Tarzan’ O’ Brien: When he joined the club and quickly worked his way into the first team, he became a local hero with his scoring prowess. After 374 appearances he had a tally of 90 goals; just five less than his strike partner in my team and with these two up front goals would freely flow I would suspect.