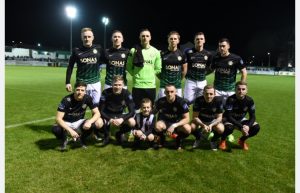 Bray Wanderers stretched their unbeaten home run to 12 games with this win over Drogheda United.

In the opening minutes, debutant, Ryan Robinson was penalised for a heavey challenge just outside the Bray area. From the resulting free kick Peter Cherrie could only parry McCaffrey’s free, and Jake Hyland knocked the ball past him but Conor McKenna was on hand to clear off the line.

On three minutes Aaron Greene cut in from the right and drove a low shot past Stephen McGuinness at his near post. Dylan Connolly took advantage of a shot Drogheda kick out when Greene fed him and he duly lobbed the outrushing McGuinness into the empty net for his third goal in three games. 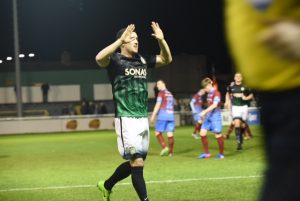 The visitors’ responded with immediately from the kick off with a corner. Griffin found McGuigan at the back post and he shot into the top corner.

Bray forced a string of corners either side of the break as they tried to restore their two goal advantage.

Just on the hour, Marc generic synthroid side effects Griffin and McCaffrey both had chances for the visitors, but only the second needed attention by Cherrie.

Former Wanderer, Luke Gallagher received a second yellow card for a foul on Connolly on 63 minutes. Despite playing with ten men Drogheda caused problems. Byrne forced Cherrie into a save at his near post as they search for an equaliser. Connolly found himself with a one on one against McGuinness but the former Bray keeper forced him wide and the danger was averted. 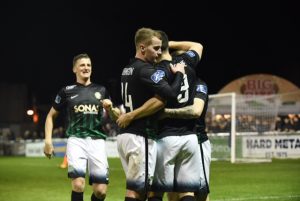 Under 17s set for new seasonUnder 19s defeated by UCD