Will Clarke announced as u17 manager

Home / News / Will Clarke announced as u17 manager

Will is currently Director of Club Operations at St Joseph’s AFC and holds an UEFA licence. Previously, he worked as a FAI Development Officer in South Dublin.  He is familiar with the League of Ireland having also worked with Bray Wanderers as part of Eddie Gormley’s backroom staff. He also had two brief spells as Vinny Perth’s assistant manager at Longford Town and Jim Crawford’s assistant manager at Shamrock Rovers during his spell as caretaker manager.

Denis O’Connor speaking on behalf of Bray Wanderers FC said that, “The Club is delighted that Will has agreed to take on the role. We are aware that there has been a very successful campaign to get a very talented bunch of guys together. Will has huge years of experience at all under age levels and will bring great enthusiasm and management to the role. We will shortly announce our Under 19 Manager and we see this as the pathway we want established so that all talented footballers have an avenue within the Joes/Bray Partnership. Our job will be to support them as required.”

Will is delighted to foster the partnership with Bray Wanderers through this new appointment. ‘Creating a clear career path for talented young players is very important and the relationship between Bray and Joseph’s is a critical part of that process,’ he says. ‘2017 is shaping up to be a very exciting one for both clubs.’ 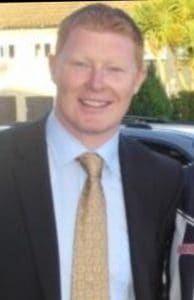