Bray Wanderers FC are pleased to announce that Conor Earley has made significant progress in the last few months in recovering from a serious knee injury which ended his 2016 season at an early stage. Conor is fully confident generic synthroid vs name brand that he will be ready for pre-season training in early January and to be available as part of Harry Kenny’s 2017 squad when the season kicks off at the end of February. 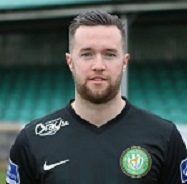