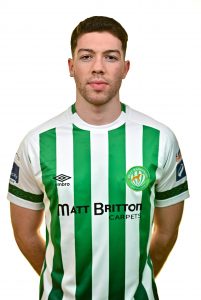 Sean played for the Shamrock Rovers U17 side during the 2015 & 2016. In 2017 he moved up to the under U19 team. He also made his senior debut for Rovers in a Leinster Senior Cup tie away to Thomastown United in February 2017.